Menu
Log in
Register
Install the app
You are using an out of date browser. It may not display this or other websites correctly.
You should upgrade or use an alternative browser.

Checking Out The KT-WP12 Transceiver

Checking Out The KT-WP12 Transceiver

I’ve been interested in the idea of a microphone-centric radio and wrote about it here: How About a Mic-Centric Mobile Transceiver? Shortly thereafter, I discovered that QYT has introduced a VHF/UHF ham rig that has the display and controls in the microphone (Model KT-WP12).

You may want to watch the video by Tech Minds, which does a good job of introducing the radio.


I was very keen on trying this radio out, so I purchased one, paying about $110.

First, I did some bench tests to check the basic performance of the radio. The receiver sensitivity, transmit frequency and FM deviation all looked very good. The one specification that was disappointing was the RF power output. On the 2m band, the output power was 20.6 W, while the 70cm band was 15 W. The specification for the radio is 25 W. The power was measured using an HP 8920A RF Communications Test

I’ve noticed this on other radios from Chinese manufacturers: the basic specs of the radio check out, except the RF power level is low.

As you might expect, cramming all of the controls into the microphone is a challenging user interface design. I spend quite a bit of time playing with the radio at home before actually using it on the air. Overall, I found the user interface to be acceptable, but several areas that should be improved.

QYT relies on the menu system to provide control of many of the settings. This is similar to the various Chinese handhelds where you push the MENU button to access the menus, followed by UP/DOWN to sequence through the menus, followed by MENU to access the specific setting. Then the UP/DOWN buttons choose the value of the setting and another push on MENU to accept it. The volume control setting is buried in this menu system, which seems like a poor choice. Fortunately, Mick/M0VMK pointed out that the volume can also be set by enabling the monitor feature (big button on the top of the mic) and hitting UP/DOWN. 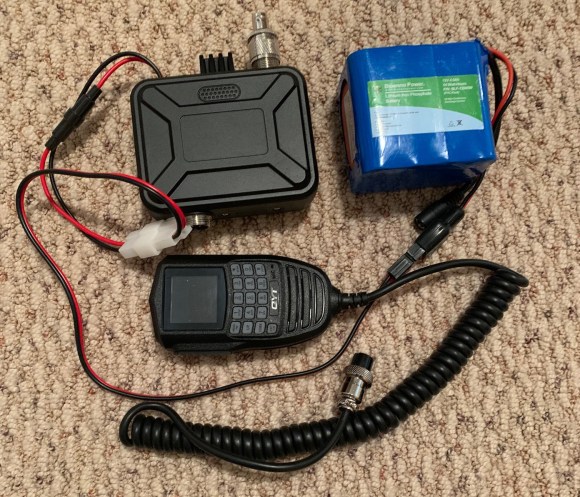 This design depends too much on the menu system. A few user-defined buttons would be a real help. This radio could benefit from a serious redesign using User-Centered Design.

This radio has one receiver but allows for three independent frequencies to be displayed simultaneously. There is a scanning mode that tries to emulate a multi-receiver radio. This too is all too common with the Chinese radios…somehow they have it in their heads that this adds value for the user. My experience is that it mostly confuses the user. Most users would be better served with a single frequency display, supplemented with dual-watch and scanning capability.

You probably won’t be surprised that the user manual is terrible, also common with Chinese manufacturers, but this one is particularly bad. Same with the programming software…it mostly works (I had a few crashes) but it is poorly written.

I was very interested in trying out this radio for Summits On The Air (SOTA) use. The idea is that the radio can be stuffed into a fanny pack, with the microphone, speaker, display, and controls in your hand. 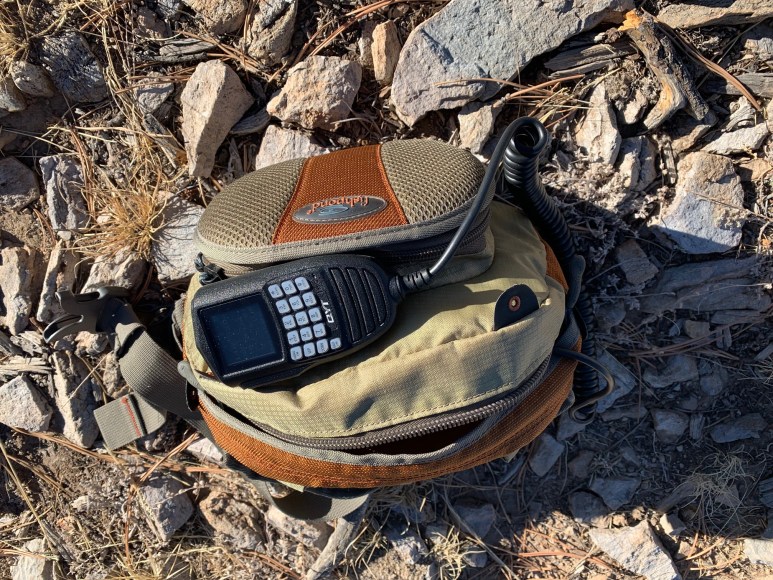 The QYT radio stuffed into a fanny pack.

The basic concept of holding everything in the palm of my hand worked out quite well. The display was visible in bright sunlight, the speaker audio was clear, and the microphone worked great. I made a number of SOTA contacts and received good signal reports. I held the microphone in one hand and pointed the 3-element Yagi antenna with the other hand. (Joyce/K0JJW assisted with logging and we took turns working the SOTA chasers.)

As soon as I fired up the radio, I heard interference on the 2m band, not very strong but noticable. It sounded like it was coming from an FM broadcast station. Pointing the Yagi antenna in the direction of the FM station on the adjacent mountain seemed to confirm the source. I did not hear any interference on the 70cm band. I’ve operated from this SOTA summit before and have not noticed any interference with other equipment, including Yaesu handhelds. Also, I switched to my Yaesu FT-90 and the broadcast station was not heard. As various people have suspected, this indicates that the receiver in the QYT is not very robust in terms of rejecting off-channel signals. Of course, this is an anecdotal report, not based on bench measurements. 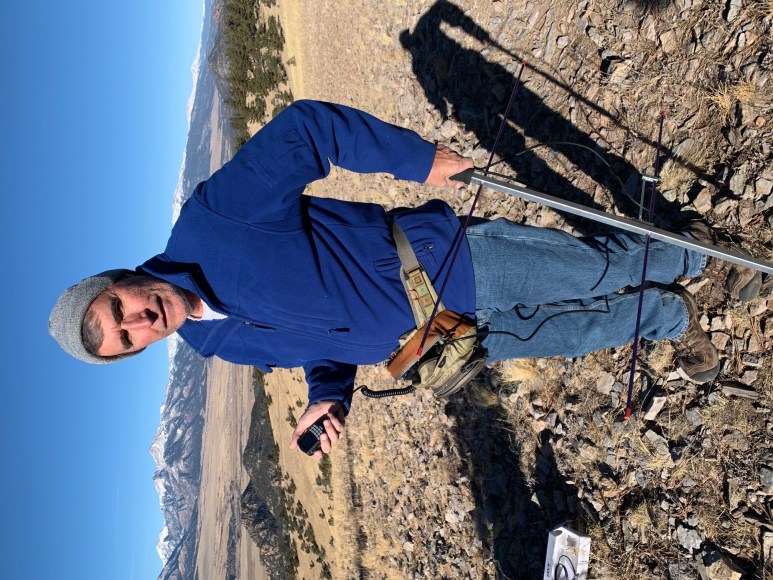 Bob/K0NR on a SOTA summit with the KT-WP12 in a fanny pack.

I also encountered an anomaly where after my transmission, the radio did not revert back to receive quickly. There was a few seconds where no audio was coming out of the transceiver. This caused me to miss a few responses to my CQ call. This issue requires some additional investigation. It may have just been operator error on my part. However, I suspect that the radio was probably locking onto another frequency but I am not sure (see previous comments about the three frequency scanning mode). So file this issue under “stay tuned for more information.”

Note that I did not use the radio very much on repeaters, focusing on SOTA simplex operating with no transmit offset or CTCSS.

On the positive side, I really like the microphone-centric approach that this radio uses. The user interface can be improved but it is good enough.

The two big limitations of this radio are 1) low RF power output and 2) weak off-channel receiver performance. Now you might say that the RF power is not off by that much but my interest is having a SOTA radio that greatly exceeds the power of a typical 5 W handheld. On the 70 cm band, this radio only put out 15 W, so only 4.7 dB better than a handheld. The poor receiver performance will tend be an issue on summits that have radio installations nearby. In some cases, this can completely prevent a VHF SOTA activation.

I will probably use this radio again for SOTA activations but I’ll be bringing along a backup rig, just in case.

The post Checking Out The KT-WP12 Transceiver appeared first on The KØNR Radio Site.
Click to expand...